What is yacht rock? 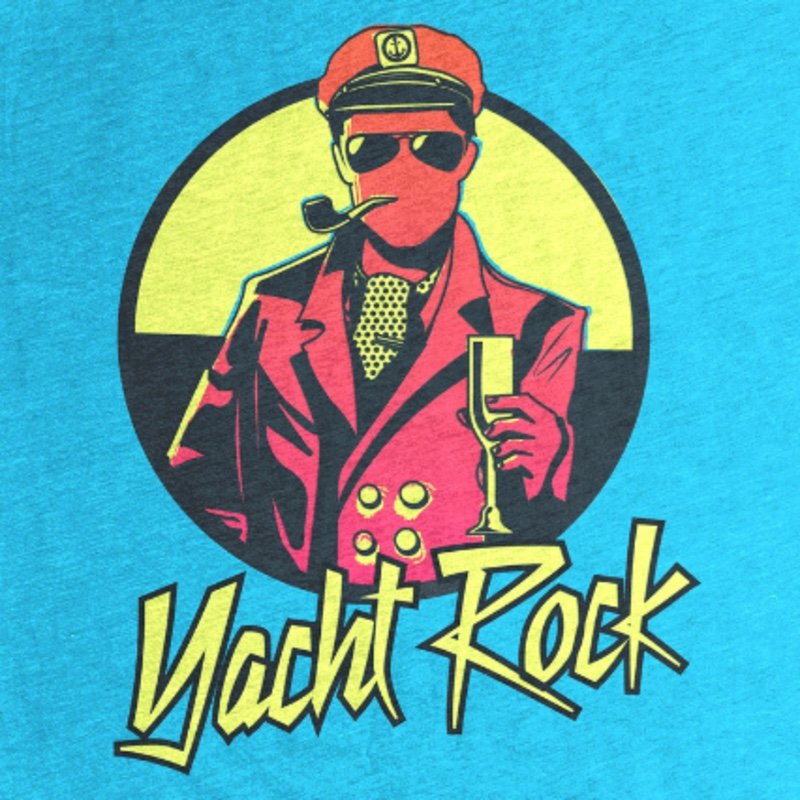 Let’s answer the question “what is yacht rock”.  In short, it is that smooth, soft rock that emanated from Southern California in the late 1970s and early 80s. It has long served as the anthem for the “yuppies” of the 80s, since they LOVE to listen to smooth music as they cruise through the harbor.

If you’ve ever visited the dentist or been in an elevator you’ve definitely heard some Yacht Rock.  In fact, some say it’s a guilty pleasure because the music seems to offer an escape to good times.  Importantly, here’s the short answer but if you need a full Yacht Rock 101, enjoy this article from Captain Carl.

First you’ll need a little timeline.  So, let’s put the genre of yacht rock into perspective.

The Answer to Smooth…

Honestly, the question, “What is yacht rock?” is that question that hits us quite often.  Moreover, Yachty by Nature was the original Yacht Rock band in Southern California to play on a regular basis.  Ultimately, when we dropped anchor in the genre in 2016, there were only 3 bands:  Mustache Harbor (No Cal), High Tide Society (SD), and Harbor Party (LA).  So, in our first year of existence, everyone was curious to know what the heck these guys in captains hats were doing.  Little did they know what smooth wave was to hit them.

Especially, now we are in the midst of a smooth rock revolution!  Audiences from coast to coast have really jumped on the vibe, the groove, and are now wearing the Broner Captain’s Hats we pioneered.  Even a competing band followed our lead on the Broner hat!  Truly, Yachty by Nature broke down a lot of doors to smooth soft rock music on the West Coast, Midwest and even the East Coast.  Yachty by Nature has now played concerts in North Carolina, Florida, Iowa, Washington, Nevada, Arizona as well as Northern and Southern California.  Lastly, take a look at the complete song list of smooth tunes the band enjoys playing!

In the music…what is yacht rock music.

Most importantly, this genre of music lasted from 1976 to 1984.  Truthfully, the incredibly talented session musicians playing the music made it hot.  For example, the guys in Toto were featured most famously on Michael Jackson’s Off the Wall & Thriller & many more hit songs.  In addition, the Doobie’s singer Michael McDonald would be prominent on Steely Dan’s Peg.  And then, sang on Christopher Cross’ Ride Like the Wind and wrote songs with Kenny Loggins.  This is one of the things the authors of the Yacht Rock YouTube series evidenced for the crossover effective of these smooth artists.

To boot, this music was jazzy, R&B, and groove oriented that made it sound “smooth”.  It was no easy task to play or sing this music.  In addition, the music featured lighter lyrics and focused on that groove.  The beautiful effect made the music a light hearted affair focusing on a musical hook that made people swoon.  Indeed, the yacht party emanates from the music and conjures visions of good times under swaying palm trees and endless sunsets.

Factually, the authors of yacht rock have a very tight criteria for songs to be on the yacht.  In more recent times and with Sirius/XM Yacht Rock radio, many more songs are considered to be yacht rock.  Importantly, the purists disagree about which songs make the grade.  But, when it comes down to it, let’s pay attention to the elements that rock the yacht.  Most notably, the purists don’t consider Hall and Oates, Little River Band, and even Brandy as smooth music.  Effectively, many tunes are more on the soft rock side and don’t feature those outstanding session musicians like Jeff Porcaro that float our boat.  However, the genre is evolving and people seem to take those liberties of what may say, “I’m on a Boat”.

Deep in the yacht

Listen to the prominent songs of the genre.  For example, Michael McDonald scores a perfect 100 on the Yachtski scale with his hit song What a Fool Believes.  It is lushly produced with lots of rhodes electric piano, smooth synth, big harmonies, and high vocals.  The groove is unmistakable, the lyric laments a foolish and melancholic love lost, and the vocal oozes the warm and comfy home of SMOOTH.  Of course, McDonald is the godfather of the genre along with the royalty of Christopher Cross and Kenny Loggins.  Don’t forget the immediate yachtiness of Boz Scaggs, David Foster, Jay Graydon, Michael Jackson, Toto, Steely Dan, and Pablo Cruise.

And, for the astute listeners, go deep and check out the lesser known but extremely yachty Bill LaBounty, Larsen Feiten band, Robbie Dupree, Marc Jordan, Pages, and Ned Doheny.  These are just a few of the really great and highly rated yacht rock music of the 70’s and 80’s.  Definitely worth a listen.

Lastly, many of the prominent songs of the era had nautical lyrics and featured boats and other yachty references on their album covers.  In fact, check out the level fun of Yacht Rock found in movies new and old and the overall pop culture of the music.  For example, Caddyshack features the yachty outfits and fun around the yacht club and the country club.  More recently, Step Brothers features the song “Boats ‘n Hoes”.  SNL star Andy Samberg raps with T-Pain on the expletive filled but Yachty “I’m on a Boat”.  And, of course, Will Ferrell and cast embodies the 70’s clothes and groovy music of yacht rock on the film Ron Burgundy.  The visuals abound in culture, dress, and everyday life now thanks to this resurging music.  Just look at the preponderance of flamingos, anchors, palm trees, and boat shoes and boat wheels around you.  Celebrities, artists, and even new music is being transformed by the genre, so get on the yacht!

Check out Captain Carl’s post about smooth fashion tips too!!!

So let’s cast off, shall we?  Check the series at the top of the post or right here from this link.  Here is What is Yacht Rock on YouTube with the authors of the genre.

Watch this epic YouTube series entitled Yacht Rock which coined the phrase and blazed the trail for the resurgence of people loving on the glorious tunes of the soft rock era! Here is episode 1, enjoy 🙂  Lastly, listen to a taste of us on What a Fool Believes if you haven’t had enough Michael McDonald for the moment.  We recorded this at Sea Legs when we opened for Snoop.