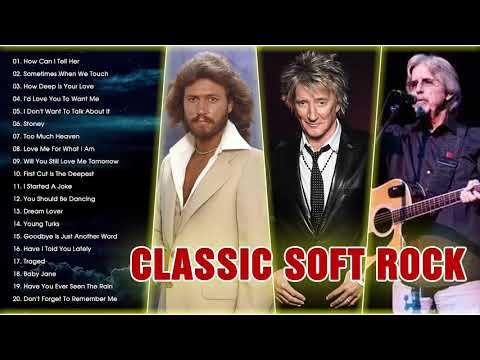 Diving into the yacht rock genre, it can be rough seas navigating which tunes are actually on the Yacht.  In fact, we get a lot of uncertainty from audiences and social media alike.  Moreover, the inventors of the genre have a strict rating system for Yacht Rock.  Whereas, the public and yacht rock radio have an ever shifting understanding of true yachtiness.  But no other music muddies the smooth seas of yacht like its kissin’ cousin:  soft rock.  As you can imagine, tunes like Sailing, Steal Away, and Toto’s 99 are certified smooth yacht.  Yet, they are indeed soft rock songs.

To be exact, Soft Rock Songs can be yachty as heck, or not even close to being on the boat.  Indeed both types of music hit the charts hard in the 1970’s and 1980’s.  It is true that yacht music often drifts close to the ports and coastal inlets of R&B, jazz, rock, classic rock, prog, and other mid 70’s and 80’s grooves.  But, again, the Yachtski Scale is clear on the defining characteristics of smooth.  In fact, if Michael McDonald or Kenny Loggins are not at the helm, you got some figuring to do!  For more on this, feel free to check our set list.  However, we play plenty of soft rockers too!  Interestingly enough, there’s always room on the yacht concert for some soft rock songs.  So, let’s take a closer look at more of this music.

What is Soft Rock?

First, soft rock continued a trend starting in the 1960’s for generally pop love songs typified by a slower to mid tempo.   Later, the music would be known as Light Rock and even Adult Contemporary by the 1980’s.  The major artists of the 70’s would include Seals and Crofts, the Carpenters, Barbra Streisand, John Denver, Neil Diamond, England Dan and John Ford Coley among others.   From the early 70’s on, there are plenty of #1 hits that qualify as soft rock songs.  While hitting the charts isn’t necessarily a measure of soft rock or not, it indicates how huge the genre dominated the charts through the 70’s and 80’s.

In fact, the soft rock band Bread led the early charge by soft rockers.   Particularly, they hit the charts with top 10 hits on If, The Guitar Man, It Don’t Matter to Me.  But don’t forget, soft rock songs ultimately branched to include music that was considered folky to disco to 80′ and 90’s Adult Contemporary.

In fact, Olivia Newton John seems to call out the appeal for these soft melodies with her famous song, “Have You Never Been Mellow”.  Interestingly, those of 70’s kids often remember hearing these songs in the back of the station wagon on road trips.  The airwaves were filled with this soft but groovy music known as AM Gold or Easy Listening.  The genre had many chart toppers and due to the easy vibe of these songs.  They are alive in the nostalgic consciousness for sure.  In addition, soft rock songs like Summer Breeze, I’d Really Love to See You Tonight, the Piña Colada song are great examples of these tenets.  But we could go on with many Bee Gees songs and even famous Bond themes like For Your Eyes Only and Nobody Does it Better.

There are some departures from the genre here.  In fact, many groups are not soft rock but they tickle the line by having hits that are downtempo and simple melodic ballads that are classically soft.  The Eagles aren’t a soft rock band.  However, their hits like I Can’t Tell You Why and Peaceful Easy Feeling are soft rock songs from a more classic rock band.  Fleetwood Mac would probably fit the same bill.  At the same time, some hard rock bands dipped into the soft rock zone for big hits in the same era.  Dust in the Wind by Kansas and Babe by Styx and even Beth by Kiss showed that hard rockers and even some metal bands embraced soft rock. 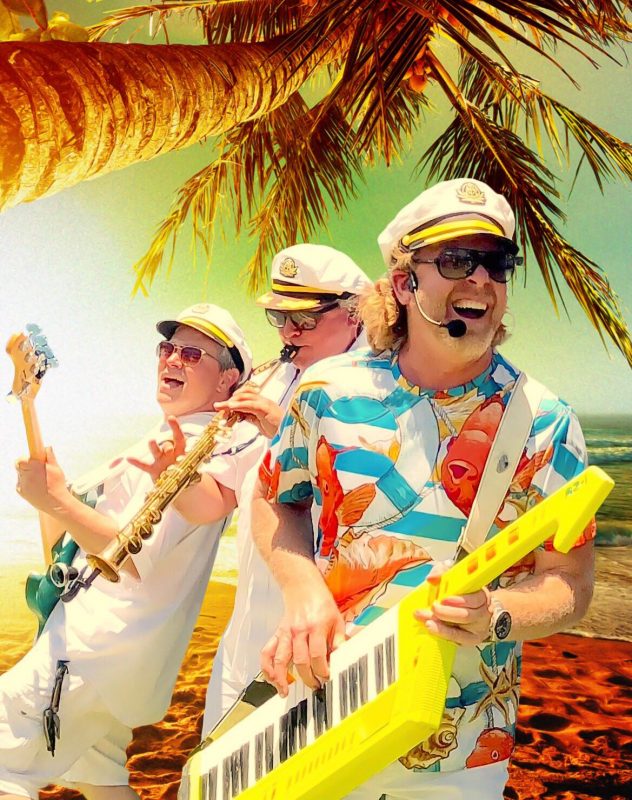 As you can see, the distinction between yacht rock and soft rock songs can be tricky.  Where, in fact, does the cruise begin?  Well, first, Yacht Rock focuses on “smooth” music that is lushly produced but jazzy and R&B by talented session musicians.  It is characterized by less “simple” melodies and more intricately written and professionally played by the captains of the industry.

Easily noted, Toto and Steely Dan are serious yacht rock standouts.  Just put the groove and polish of Rosanna and the slick playing and vocal harmony of Peg next to a soft rocker like How Deep is Your Love and there you have it.  In addition, to be on the boat, the purists look strictly to the time frame of 1976 to 1984.  This is one of the reasons that soft rock hit, Brandy is not technically on the yacht.  However, our band Yachty by Nature loves playing that song and if we didn’t we’d be thrown off the boat!

Of course, yacht rock can have up tempo grooves and even songs not considered “soft”.  For example, Hold the Line exhibits the band Toto rocking out and songs like Lido Shuffle have Boz Scaggs pushing the smoother tempo, vibe, and “shuffle”.  That said, soft rock songs are certainly lacking that “Doobie Bounce” that yacht rock is famous for.  Particularly, when Bernard Purdie and Jeff Porcaro provide that shuffle on drums, the music bounces along with much more groove.  However, there are plenty of artists on the boat with purely soft rock songs.  Even Boz Scaggs, Michael Jackson, Chicago, Michael McDonald, & Christopher Cross, have soft rock songs that are on the yacht.  For example, one of our favorites, You Belong to Me by the Doobies, clearly makes the grade but is certainly a down tempo “soft” song.

To new fans of Yacht Rock, the hook is deep.  It is fun music, brings the colorful vibe, and embraces an Escape from the world today.  To some it offers nostalgia.  To others, it’s fantastic music.  And yet for many, it’s the frenetic energy of the captained hat, ascot wearing, deck shoe adorned yacht party going on.  No matter what it is, the music is smooth and the vibe is clearly fun.  Soft rock songs and yacht rock songs certainly collide with a blurred line of vibrant fuzziness.

But no matter whether you call Hall and Oates and Little River Band yacht rock or not, that line of fuzziness is becoming more and more a personal distinction.  The purists won’t agree on Brandy or Hall and Oates but to our audiences at the Yacht Concert, the boat still floats.  Increasingly, our fans are calling for some Eagles and Fleetwood Mac and many soft rock songs that technically wouldn’t be on the yacht.  We just try to keep it fun, keep it colorful, and work hard to play good music.  As you can see, there’s plenty of space to include both smooth music and the softer stuff too.  They certainly go together in this sense like the rum and coke in your Cuba Libre and can be a bit intertwined.  Just keep it fun.  Going to post a couple videos of some crossover soft rock here, so enjoy.