Come sail away with Yachty by Nature!

Think yacht band.  The first time I ever heard the term “yacht rock”, I was playing with my 80’s band Neon Nation.  In fact, a girl at this hip party in L.A. came up to me and asked if we’d play some Yacht Rock. I almost spit my drink out because I “got” it immediately. I loved the idea that Hall and Oates and Michael McDonald might be Yachty. So since then, I’ve been dying to put together a fun crew of excellent musicians.  In addition, the mission would be to tackle this musically challenging genre of great music and GET YACHTY with it.  Yachty by Nature has not only been up to the task, but leading the way on the West Coast.  Importantly, YBN is a rare spectacle, an all live yacht band.

Our yacht band is offering you tasty grooves in every song and the beautiful imagery of a yacht party. The clothes, the music, the vibe, and the party are set.  Additionally, every pleasure cruise with YBN is an adventure into the soft rock world dominated by the sound of smooth artists.  Thus, think Michael McDonald, Christopher Cross, Hall and Oates, Steely Dan, Toto, the Eagles, Kenny Loggins.

As a matter of fact, we’ll set a course for adventure.  So, you’ll want to don that captain’s hat or some sweet nautical attire as we Ride Like the Wind to that California sound.  Likewise, that conjures up sipping champagne on the yacht, sunny harbor cruises.  Moreso, think about Catalina breezes, changing the 8 track tape in your convertible, palm trees swaying, feeling groovy.  More importantly, imagine, facial hair, string bikinis and umbrella drinks on the lanai with this yacht band.  Here’s a link to our SONG LIST!

In fact, it’s crazy to think that it’s been about 4 years since Yachty by Nature started this thing.  In addition, 150 gigs later, the crowds are getting bigger and bigger.  We love that Southern California is catching on and the Smooth Pleasure Cruise that is Yachty by Nature continues to power up!  Make sure to get yachty with us soon.  Literally, the hardest working yacht band on the West Coast.

The music, the yacht, the band, the vibe.

Increasingly, those visuals are the important backdrop of some special music here.  In fact, we summon the visuals of that first question by the hipster girl.  Do you play any yacht rock?  Wow.  The visuals immediately cascade from the sunny vista looking over that azure blue ocean in Marina del Rey.  Additionally, the palm trees swaying and the party kicking into gear after a couple mai tai’s, martinis, or a piña colada or two.  Moreover, that vibe can’t be minimalized.  It’s the Escape we’ve been waiting for.  1978 was a kinder, gentler version of our current world.  A throwback to a simpler time all together.  The power of a yacht band putting those elements together in song or the songs of that yesteryear is immeasurable.

Consequently, the yacht rock songs that we play embody that escape, that mojo, and that yacht band mentality.  When the songs from 1978 begin playing, you can almost hear the crackle of the record player needle falling across the vinyl.  Thus, you feel the warm ambience of the imperfect AM radio.  Importantly, you could be catching the 1980 airwaves on your drive to the beach.  In fact, you could be pulling the FM radio disc jockey’s baritone voice.  It might even send you on your way to those classic Steely Dan cuts.

You may even get a jolt of nostalgia thinking about the yacht band appearance on Midnight Special or some other TV program propelling that unique sound through your TV set at home.  Ultimately, some of this ethereal goodness made it to the silver screen and helped you realize roller skating across the boardwalk in 1976 or so was heaven on Earth.  In fact, watching Xanadu the magic of the sound, the movie, and the other world goodness of Olivia Newton John’s voice was interplanetary.  The yacht band is ESCAPE when you add it up.

We’ve made much about the sound, vibe, and escape of the yacht band here.  In conclusion, the way to slingshot the experience from band to overall vibe is through your outfit.  In addition, when you come to a yacht concert, the music is there but the clothes will transcend that experience and let you LIVE 1978 Southern California.  It’s a quick trip to Yachty town.  Whether you dress in stripes, boat shoes, captain’s hats, or more, the music will electrify your presence.  Importantly, it’s the attire that inspires and makes you move like jagger to the captains of smooth.

In conclusion, you have the yacht visuals and then this band.  The music we play is the smoothest soft rock from the 70’s and 80’s.  The music starts and the yacht rock playlist that you may hear on Sirius XM provides that perfect backdrop for good times.  You see, this entire experience is one of escape, fun, and a departure from the status quo.  Ultimately, it’s special and unique but a throwback to simpler times.  Therefore, come join the party, it’s gonna be a smooth ride!

Always, check out the Captain’s Log to see what we’re up to next, and then…

Check out the fellas who invented the word yacht rock –

TopGolf, Yacht Rock, and Vegas together? 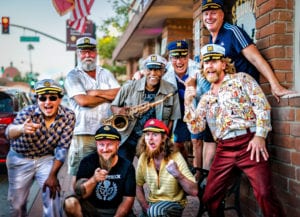 TopGolf  and Yacht Rock…yes, please!!!  Yachty by Nature has great news for our Las Vegas fans and golf lovers around the country.

So, come spend the Eve of New Years Eve 12/30/17 on a pleasure cruise with your favorite Yacht Rock band.  Yes, Yachty by Nature at Top Golf MGM Grand, Las Vegas will be EPIC!

Importantly, we’ll be dropping anchor December 30 at 8pm.  And, the yacht party will include all those 70’s and 80’s soft rock hits that will rock your no-socks off!  Yep, put on those boat shoes and captains hats for a 3 hour tour and the Hall and Oates, Michael McDonald, Steely Dan, Toto and Ambrosia hits will be flowing.

So, let’s hit the fairway together and know that the delicious sounds of yacht rock will fill the air with every backswing.  Additionally, we are your Ace in the Hole whether you’re putting from the rough or booming a 400 yard drive.  As well, this night will be a sweet combination of Caddyshack, Step Brothers, Anchorman, and a 70’s beer commercial.  Plus, it will all take place at the world famous, luxury lounge, golf range at TopGolf in Las Vegas.  FORE!!!!!

As you may know, Yachty by Nature is a 6 piece crew of entertainers dedicated to taking you on a Fantastic Voyage of Yacht Rock.  As you know, the big vocals of SCOTTY MCYACHTY, the shredding guitar lines of BEN SHREDDIN’, the deep groove of drummer BIG WAVE DAVE, the performance art of keyboardist CAPTAIN CARL and the saxual healing of double jazz flute and sax of DR. I and RYM.  https://yachtybynature.com/#artist

As a matter of fact, we’ll ESCAPE to the 70’s and 80’s and say, hey DANCE WITH ME cuz I wanna RIDE LIKE THE WIND or STEAL AWAY to AFRICA or BAKER STREET or THUNDER ISLAND especially because you have TWO TICKETS TO PARADISE.  So, if you want to COME SAIL AWAY, ask PEG and she’ll give you the LOWDOWN.  As you know, BRANDY will tell you WHAT A FOOL BELIEVES and I just CANT GO FOR THAT.  Additionally, I KEEP FORGETTIN’ that ROSANNA told us she’ll RIDE CAPTAIN RIDE.  And then, she’ll be SAILING off to Vegas because she wants to be SOMEBODY’S BABY and that KISS ON MY LIST is the BIGGEST PART OF ME.  You know, she probably wants to KISS YOU ALL OVER and do the LIDO SHUFFLE.  Nevertheless, she’s a MANEATER and SO INTO YOU so take the VENTURA HIGHWAY because she is MORE THAN A WOMAN.  And, her SEXY EYES will make you do the THINGS YOU DO FOR LOVE.  Bottom line, you need to YAH MO BE THERE as we dance like Lionel Richie…ALL NIGHT LONG! 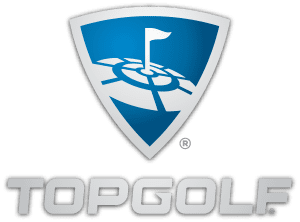 And remember, we’re STILL THE ONE.

All in all, ESCAPE to Vegas and join the Yacht Party on December 30, 2017.  For more details be sure to check our website!

Not to mention, TopGolf is located on the MGM Grand property.  Also, it is a sprawling entertainment venue with a high-tech driving range & swanky lounge with drinks & games.